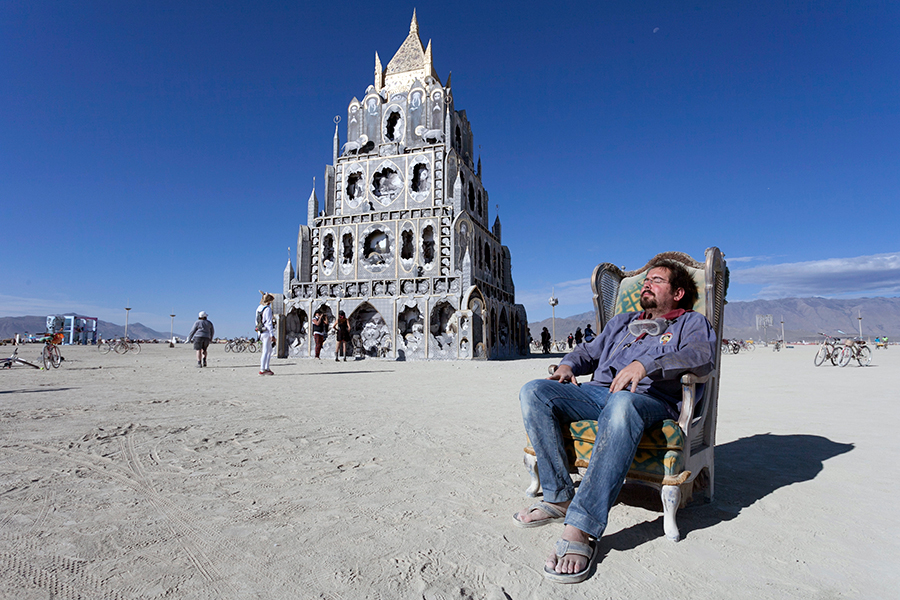 In the year 2000 he founded»bipolaire architects» where he developed his skills as an architect until 2012.

Was in charge of the cultural activities of the Valencian Order of Architects from 2002 until 2008.

After that he started to investigate in the field of urban art, creating the firm «Pink Intruder» that was a project organized by a group of artists with expertise in performing interventions in urban space, edition of art and the organization and coordination of cultural events, until 2018.

One of the highlights of his career was «Renaixement» the Burning Man Honoraria Project that was build in BRC, Nevada, during Burning Man 2016. Was also the beginning of a fluid cultural exchange between Burning Man and Fallas festivity in Valencia, that ended with the role of Burning Man Regional Contact for Valencia that he is representing at the moment.

He is currently the project director of Valencia World Design Capital 2022.

«We are what we do and much more.»

«Good ideas are great, but if you don’t carry them out they’r useless.»

Take a look at my most recent and past works if you want to get an idea of who I was. Who I am you will see it in my next challenge.