A battle is raging even if you’re not aware

For the occasion of the annual traditional festival called “Fallas” held in Valencia in March, a structure made of 3,000 corrugated hexagonal cardboard boxes was build.

For five days, the corrugated cardboard pavilion occupied a plot of space in a tree-lined plaza, standing completely on its own with some of its lower hexagonal boxes filled with soil to properly anchor the structure to avoid movements due to windy condition. “The pavilion represented a cave, a refuge,” .

«A battle is raging even if  I´m not aware of it. It is raging wether I like it or not. I want to hide, disappear, run away from here.I want to return to my shelter but I can not, they will not let me. Do not know them, not the face they have, only know they are using weapons against words, threats against arguments, fears against dreams, fear is their great weapon and I can not feel safe anymore.

What if in the end I´m able to hide? who will defend me? Perhaps the ignorance dressed of arrogance that governs us. No, we were never a priority to them. A battle is raging even I don´t understand, is raging and I’m the enemy. No, I will not hide, protect only me would be like to becoming a faceless man. I’ll keep using words, arguments and dreams to try to build a shelter, a shelter made by all and for all. A refuge where not necessary to hide, where fear can not catch us. A shelter made to resist the storm when it returns, because it surely will return. 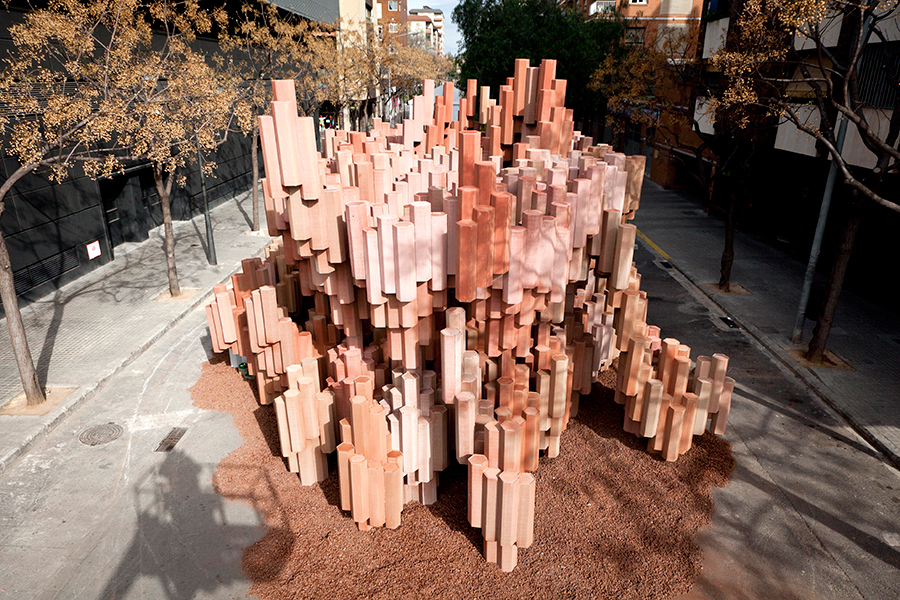 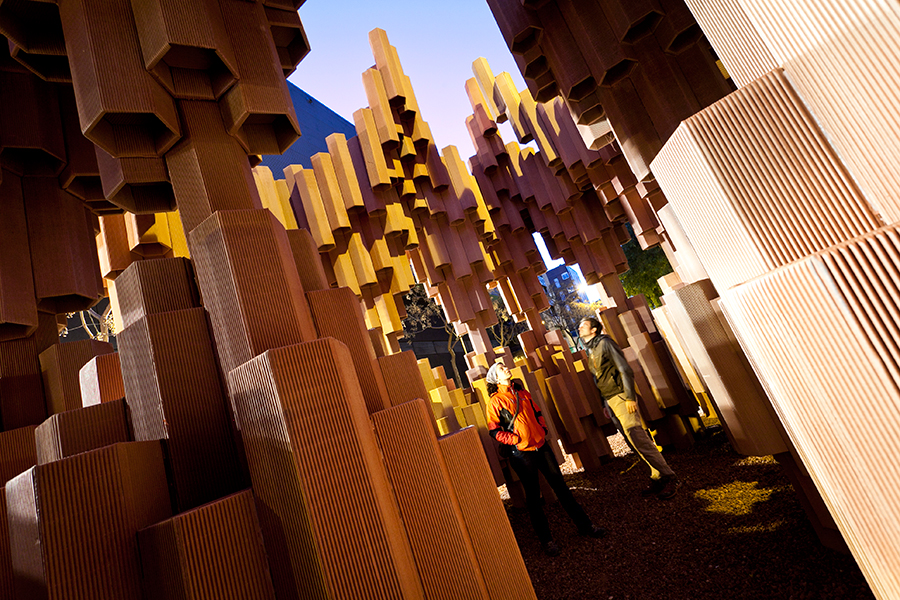 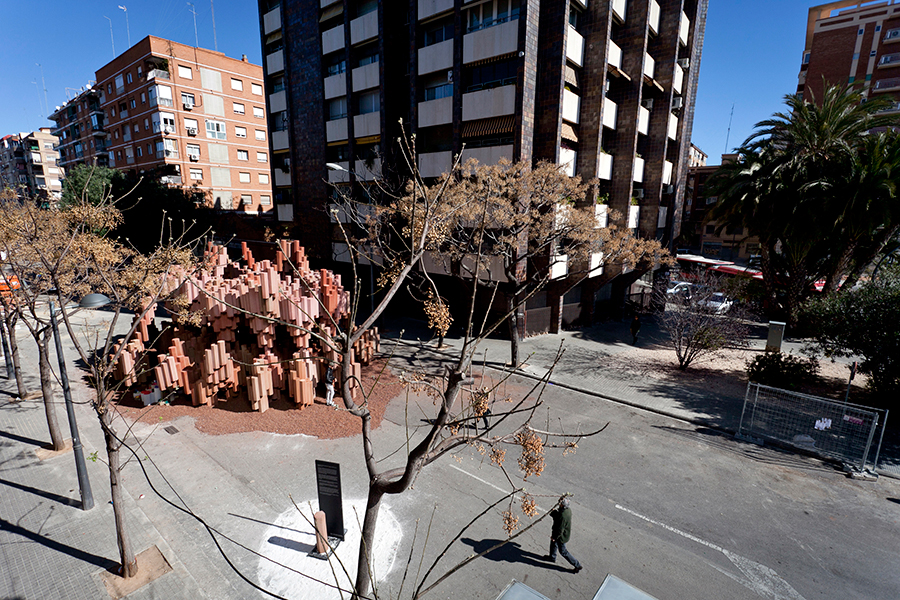 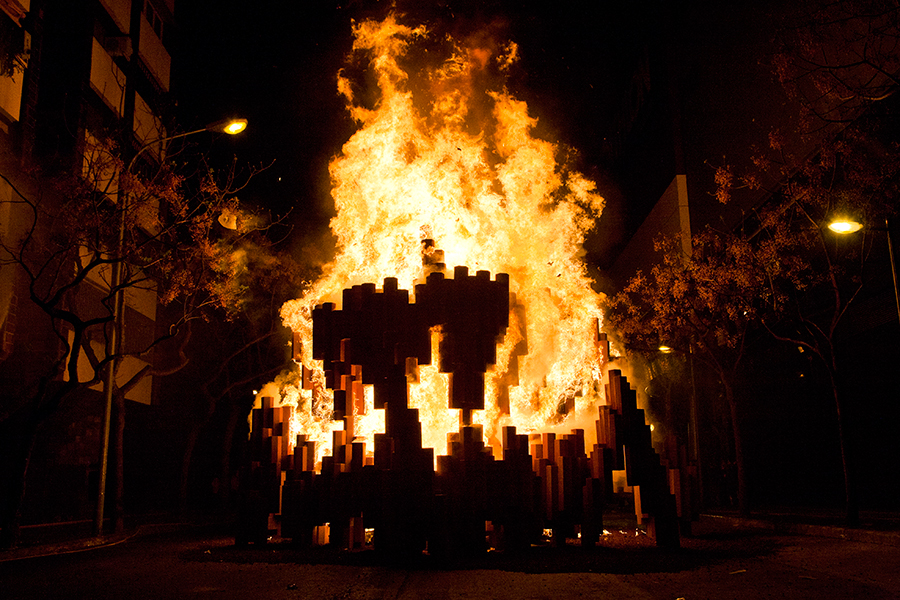 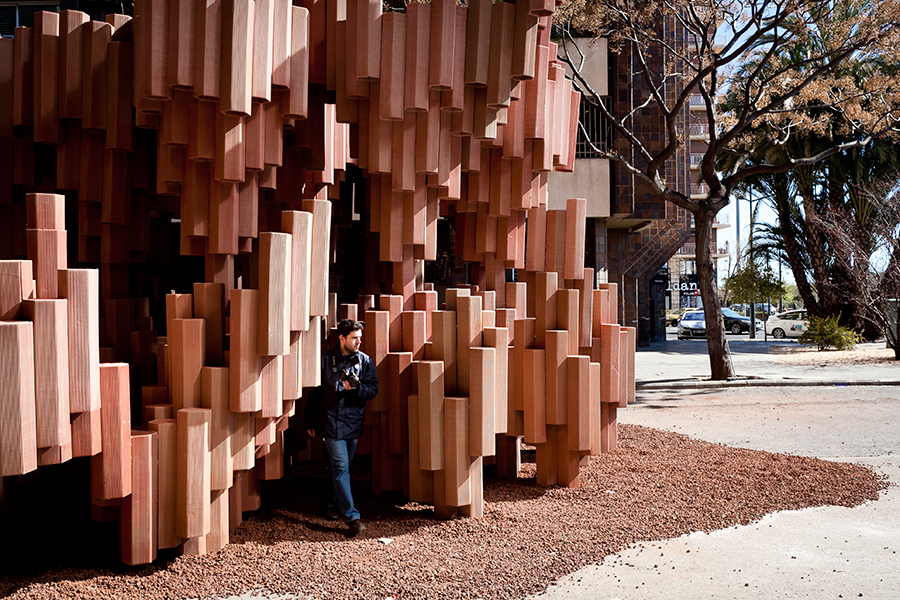 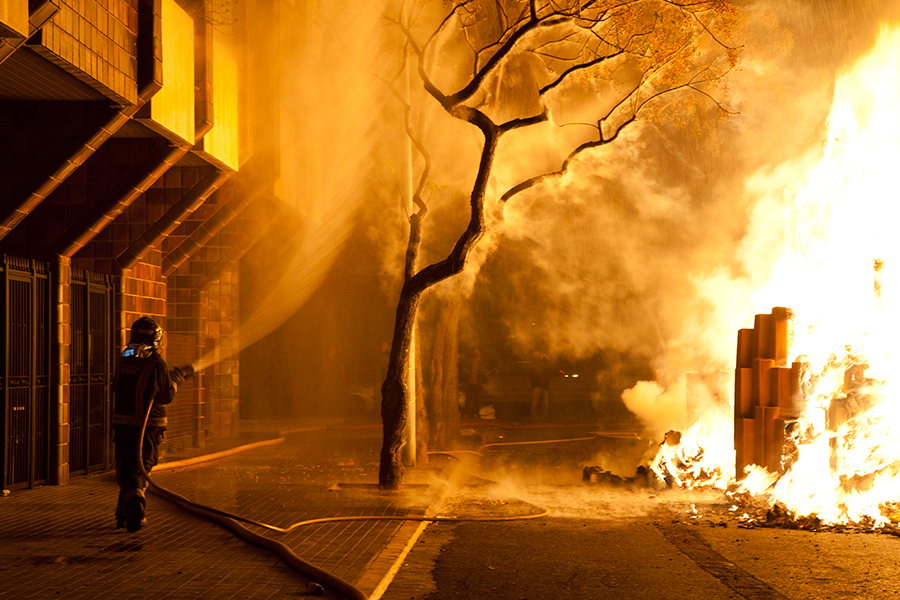 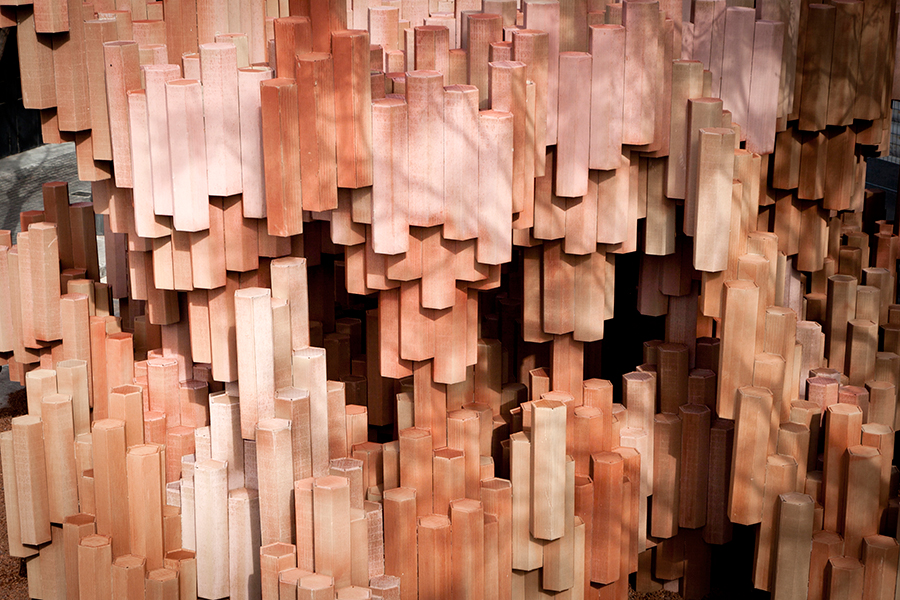 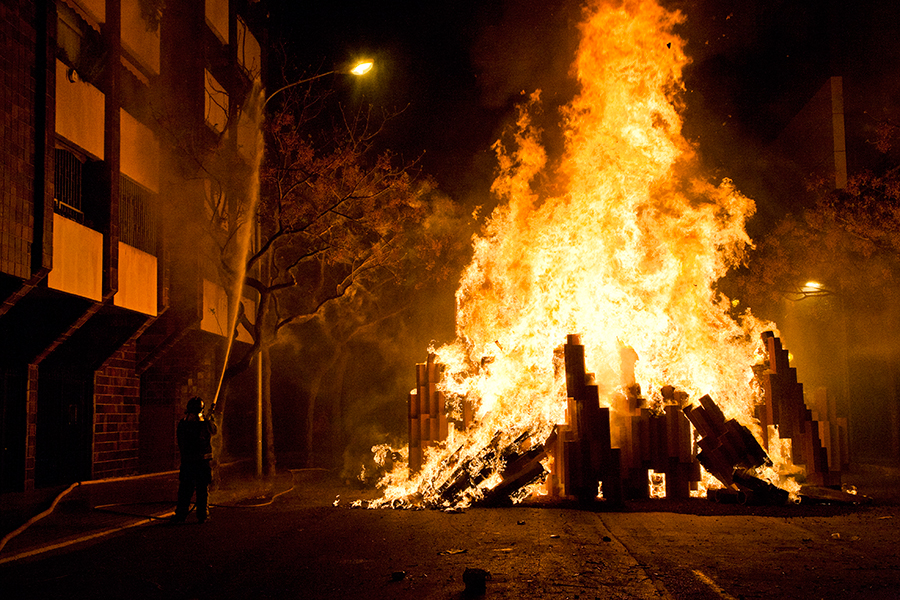 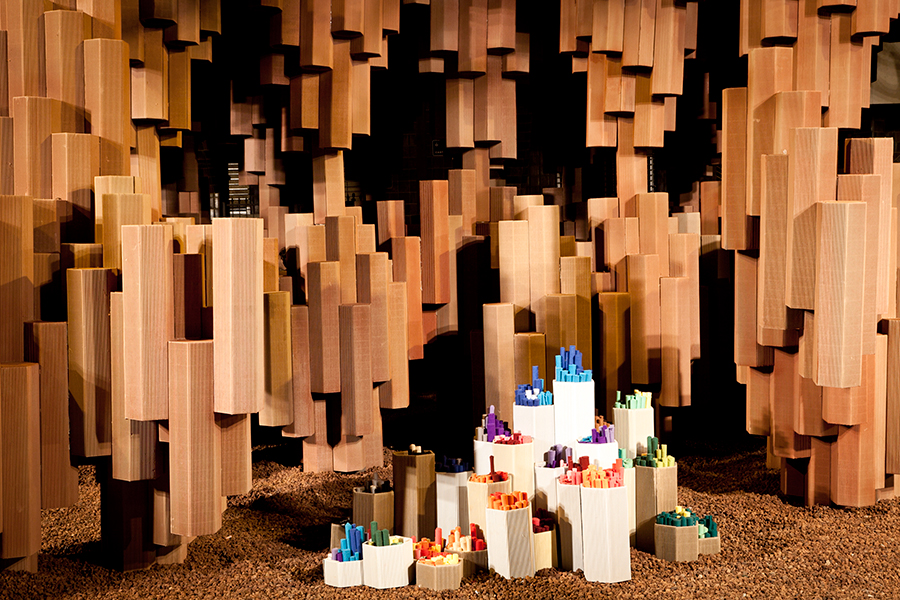 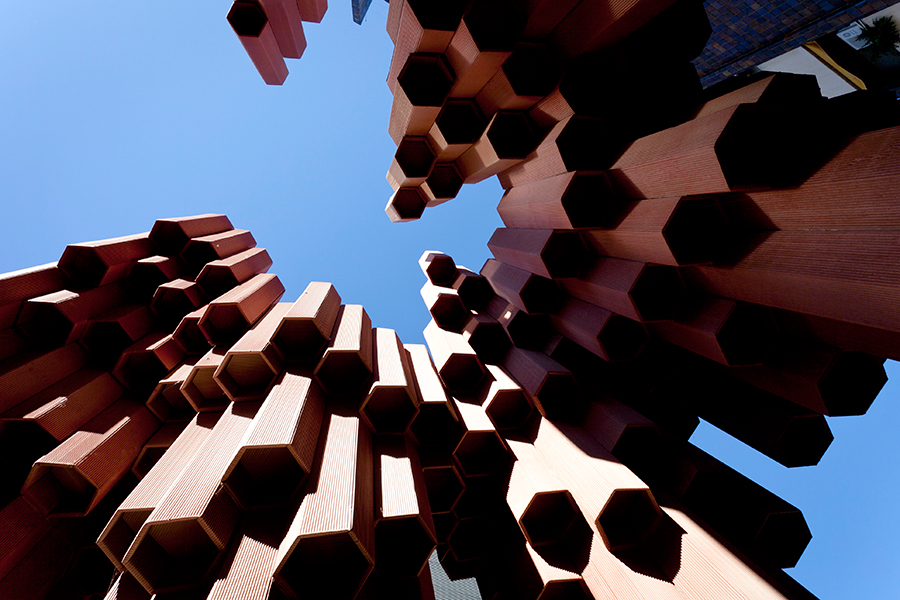 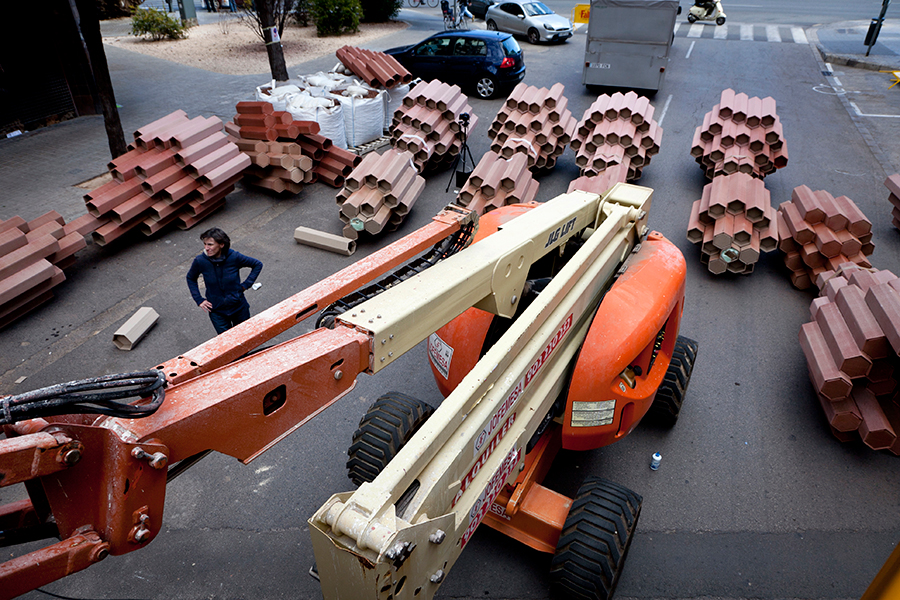 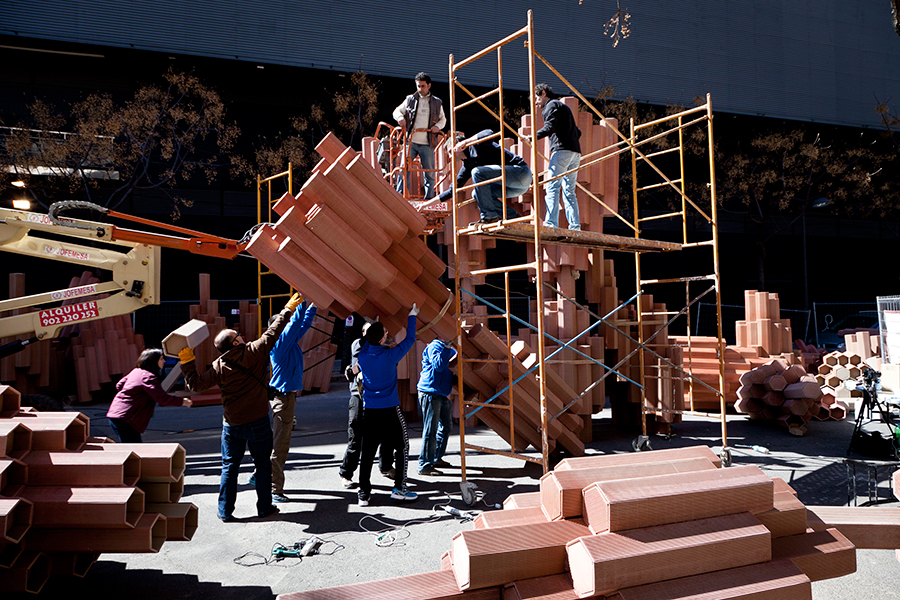 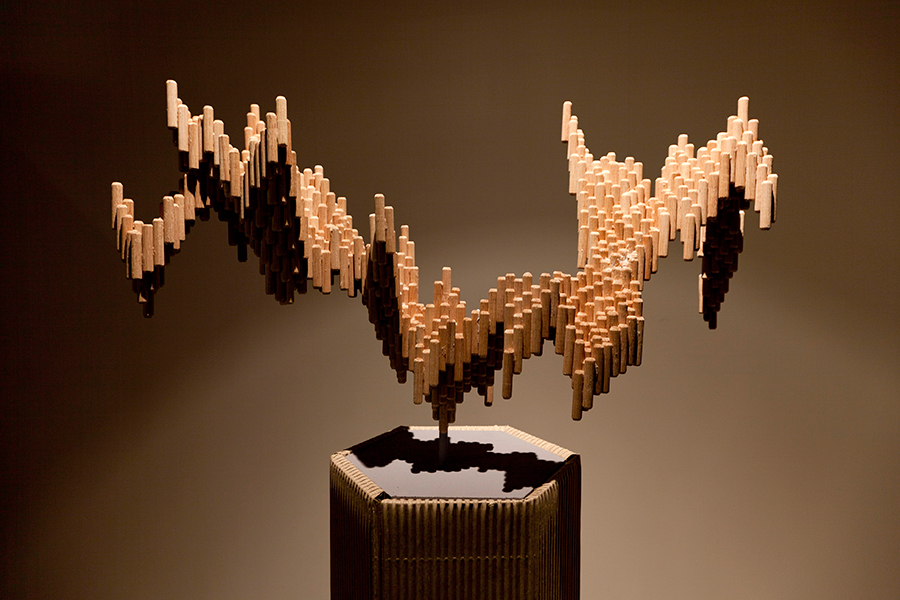 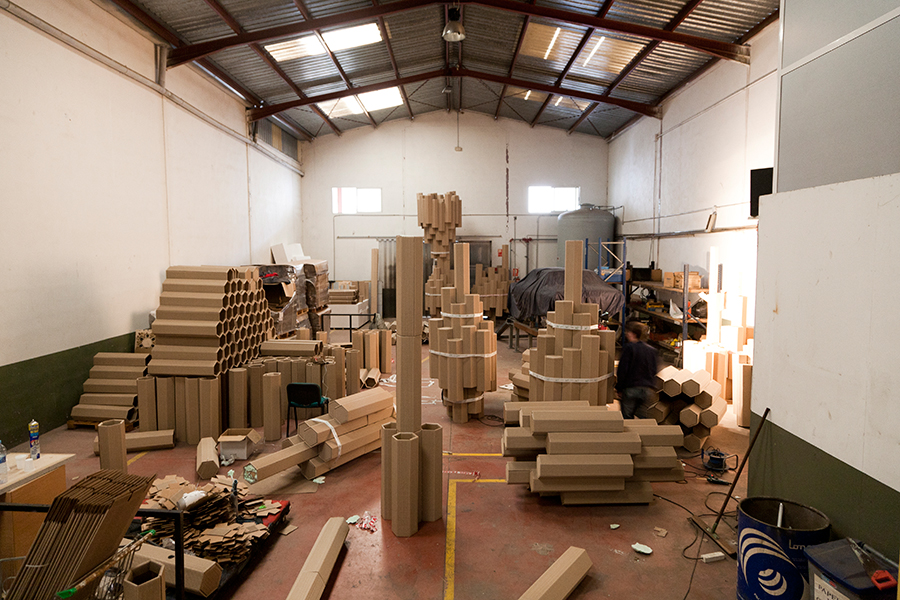 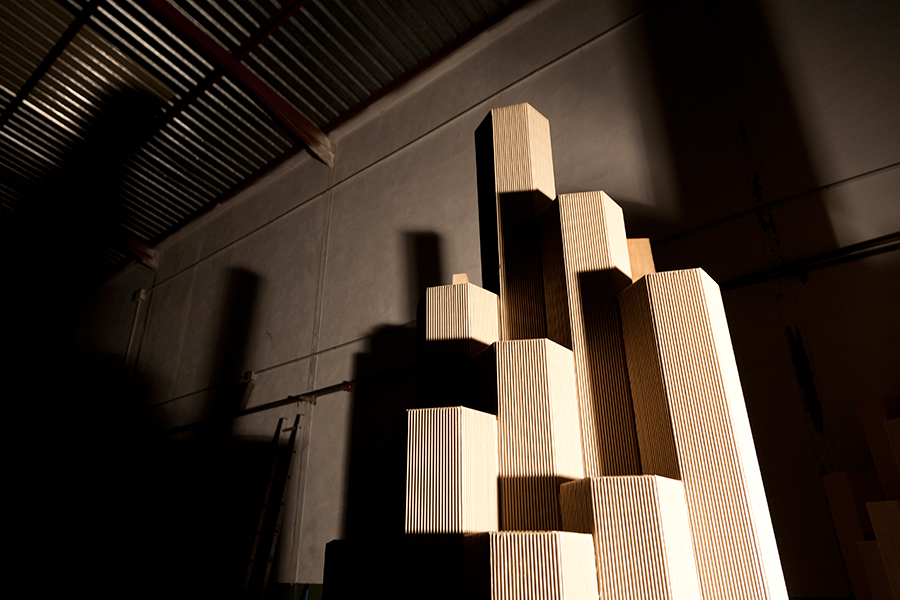 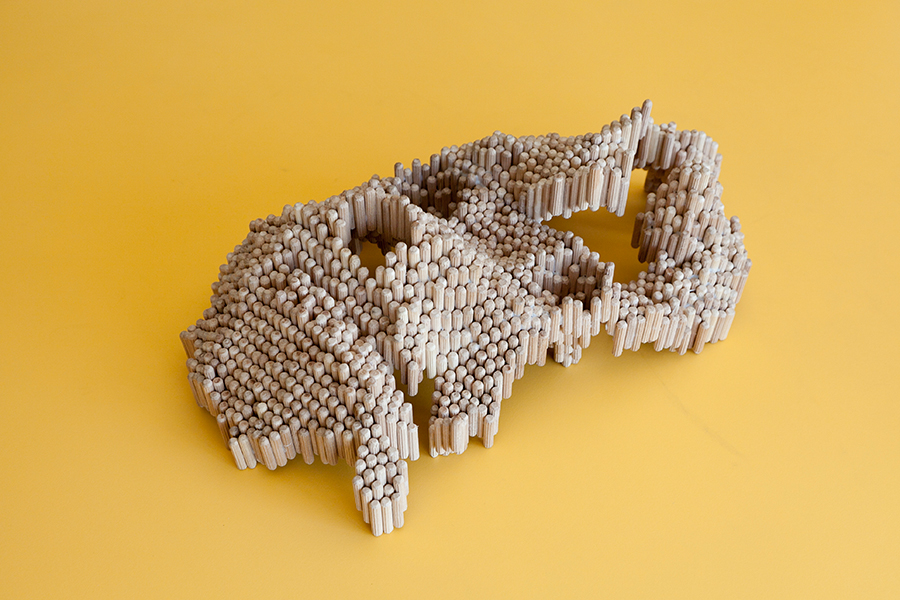 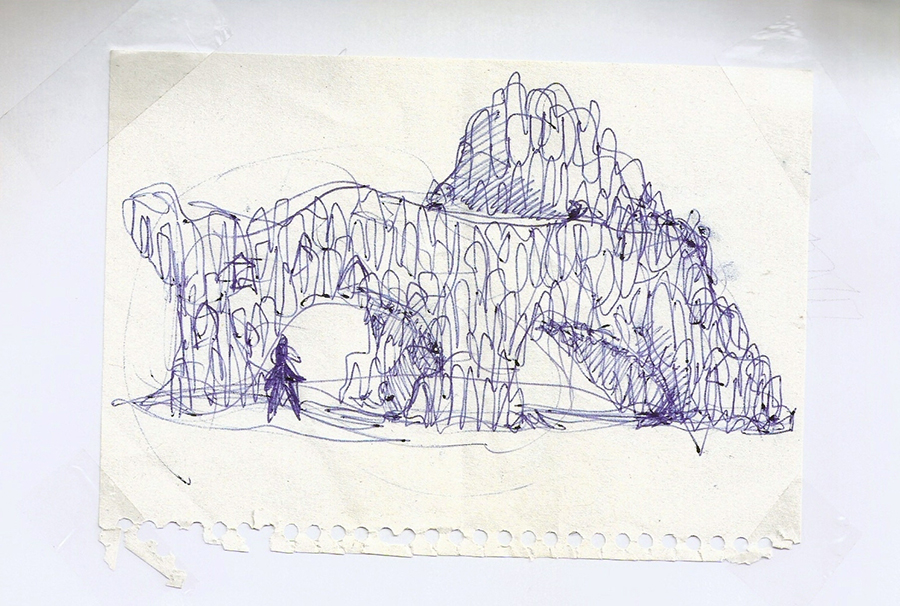 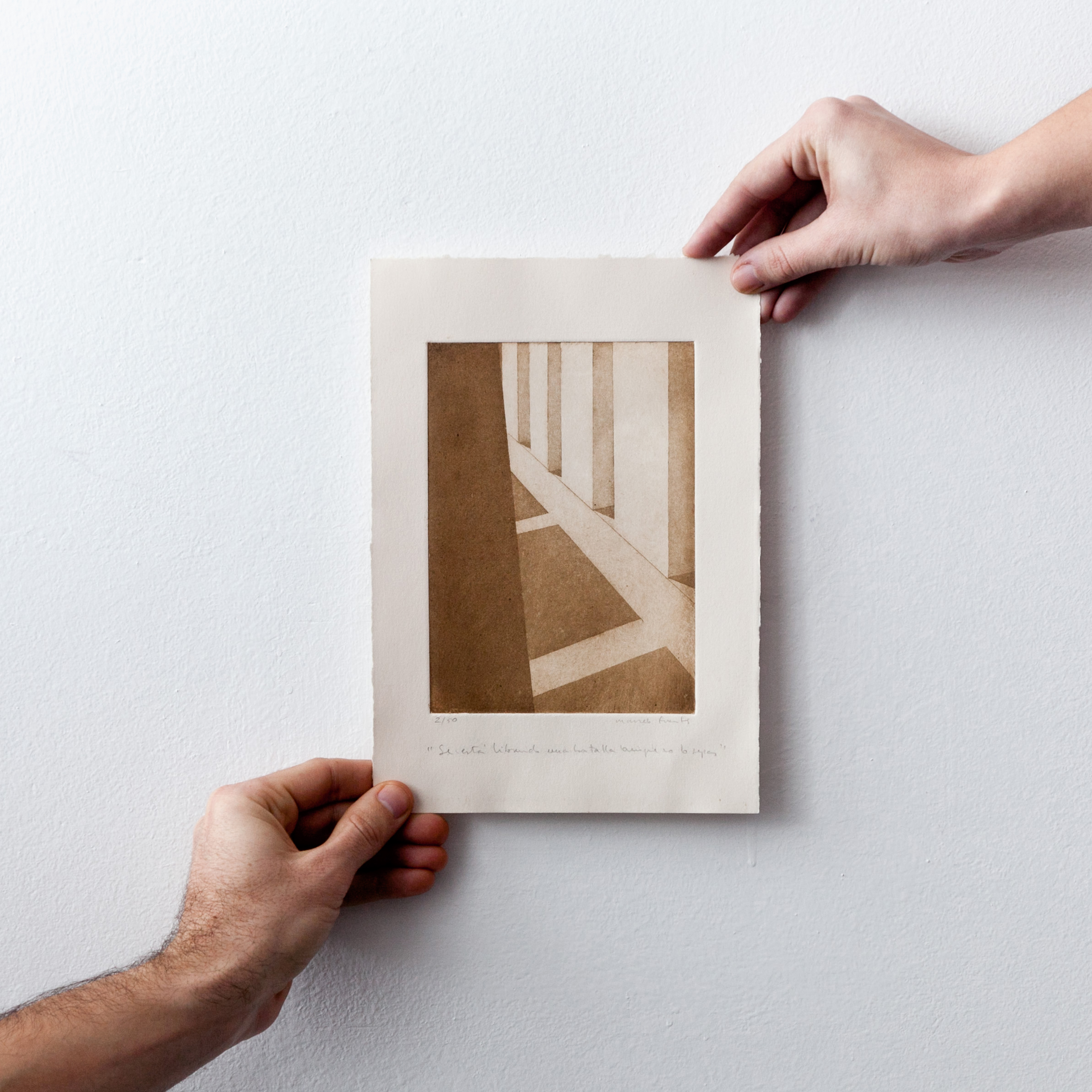 AutorMiguel Arraiz / David Moreno
ClienteAsociación Cultural Castielfabib
Fechas14th-19th Marzo 2013
FotografíaNoel Arraiz
BocetoMarcelo Fuentes
Share
Text extracted from Disegno Daily web: Each year the city of Valencia hosts Las Fallas. A five day festival of fire, Las Fallas sees artisans, artists and sculptors create storeys-high puppets – representing figures from pop culture, satirical comment and Spanish traditions – which are then set ablaze on the festivities’ final night. The festival is, according to the Spanish architect Miguel Arraiz García from Bipolaire, rich in possibilities for urbanism. As Valencia shuts down to give way to the flammable structures – ninots – Valencians and tourists are invited out onto the streets, providing opportunities for temporary projects to reflect on the way in which we relate to the city, all funded by the Comissió Fallera groups that support the creation of ninots. To illustrate this idea, Arraiz and David Moreno Terrón – a member of the arts collective Pink Intruder – created an architectural installation as part of this year’s festivities, which took place between 15 and 19 March. «You have a week of no cars in the city, with all the streets closed to set up these monuments,» says Arraiz. «But that’s all they are: monuments with fences around them. There’s no interaction between what is put on the street and the urban situation. There is an opportunity to convert Valencia into the biggest urban installation in the world, but traditionally it’s just used to show cartoonish figures.» García and Terrón’s contribution to this year’s festival was intended to promote interactivity. The pair created a grotto, assembled from some 3,000 corrugated cardboard tubes that were arranged into stalagmite and stalactite-like constellations. Devised as a contemplative space to escape the noise and fireworks that mark Las Fallas, the pavilion allowed festival-goers to move freely inside and outside of its construction. The tubes were painted with a water-resistant coating that stained the cardboard various shades of terracotta. Built off-site in groups of 40, the tubes were then assembled in Valencia’s city centre over a period of 48 hours. The use of cardboard, Arraiz says, was intended to reference the origins of Las Fallas. «In its beginnings, Las Fallas was a tradition of the carpenters, who used wood and cardboard. Now its dominated by artists who use polyethylene and chemical products that are easier to work with. When you set those structures alight they go up in a huge flame with black smoke, but disappear in about five seconds and you’re just left with the small wooden structure in the centre. «Ours burnt for about 15 minutes. The monument was around five or six metres high and the fire reached 22 metres high; It reached the seventh floor of the building next door. We took pride in using a material that burns well. We wanted to recover a proper way of burning.» The project represents an intriguing possibility for Las Fallas’ future: a festival traditionally given over to satire, political comment and pop culture reimagined as an examination of the built environment. Yet, the nature of such a festival’s installations would be ephemeral in the fullest sense: the hours of work that go into the creation of each structure lost in their immolation. «It’s tradition that you burn them,» says Arraiz. «But you can make something new of that tradition the next year. You reinvent the street each year.»
Acknowledgements: Xavier Serra / Mercedes Vidal / Oscar Rodriguez / Nohemi Rodriguez / Noel Arraiz / Javier Naharro / David Quixal / Joan Piera / Alicia Escudero / Sara Costa / Marta Melis / Juanjo Rosell / Andres Fayos / María Oliver / Rafa Mira / Javier Molinero / Javier Matoses / Sr.Mixuro / Carlos Ferrandis / Bruno Sauer / Elias Domingo / Ignacio Laguarda / Alicia Peris / María Miralles / Daniel Lluch / Lorena Miralles / Ximo de Castro / Majo Estors / Marta Bertolín / Ferran Martinez / Ricardo Faus / Jose Francisco Carsí / Roberto Heredia / Comisión Falla Castielfabib – Marqués de San Juan