You can't get something out of nothing

During the Fallas festival in Valencia held every year the ultimate goal of these installations is to be burned to celebrate the arrival of spring. In this context we built an oil rig, using Wood and cardboard. The purpose of these art installations is to criticize current affairs, politics and everything that is considered harmful.

The oil platform appearing in the middle of the city as a strange object, trying to obtain resources and benefits of the city but without being able to achieve it. Represents and criticizes the lack of citizenship to become masters of their own future, at the same time it was a criticism of the political class and how their management of citizen resources had ended up in an exploited city that is no longer able to produce benefits.

In parallel to the installation, VV a fictitious political party was created, with the oil platform being the headquarters of that party and the place where the primaries were to be held to elect a candidate.

VV – Valencia en Venta (Valencia for sale) had as the only point of the political program to sell Valencia to the highest bidder. That is why during the two months prior to the festival, the city was flooded with electoral posters and propaganda without anyone knowing the relationship of these with the artistic piece that was to emerge in the middle of the city during the month of March 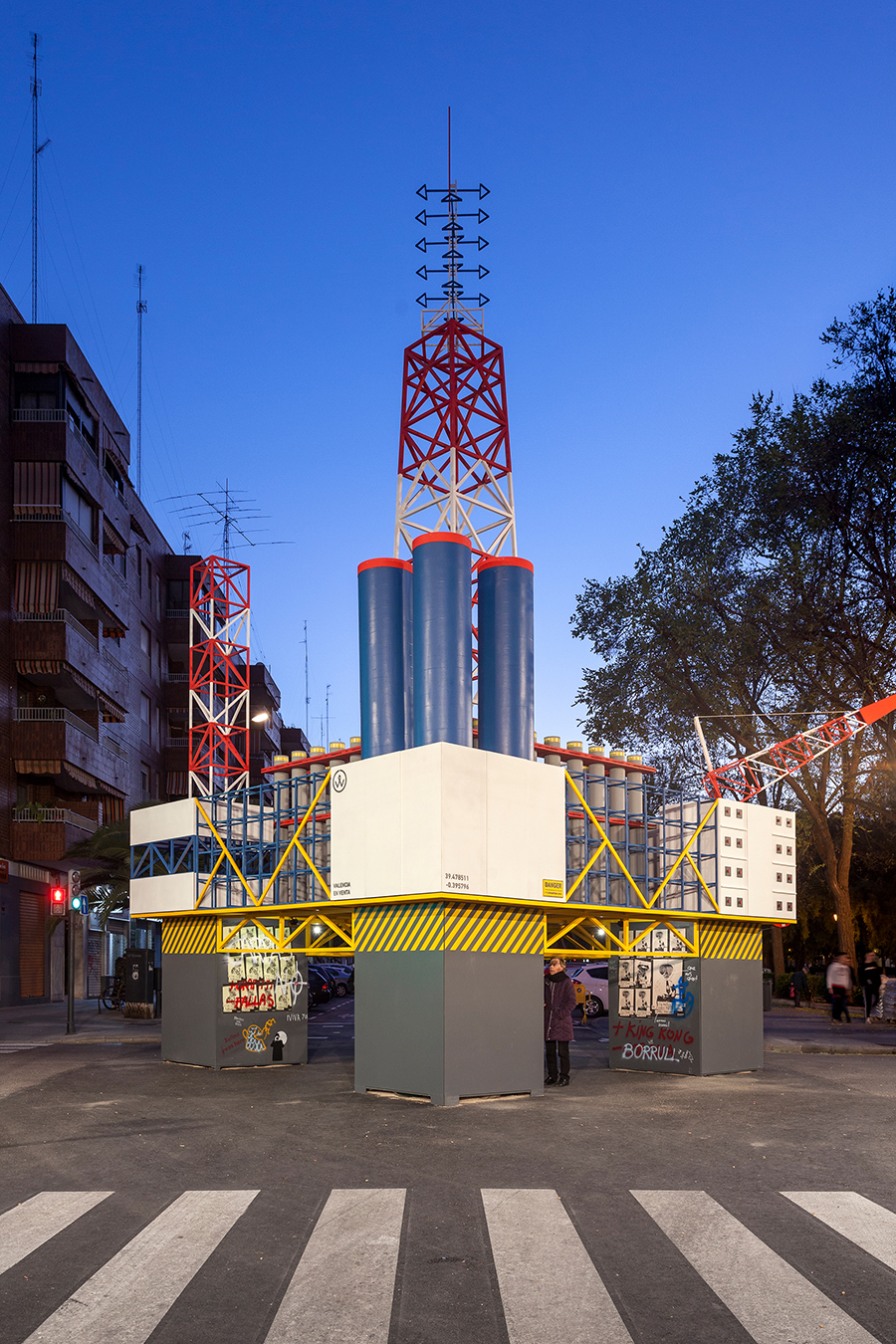 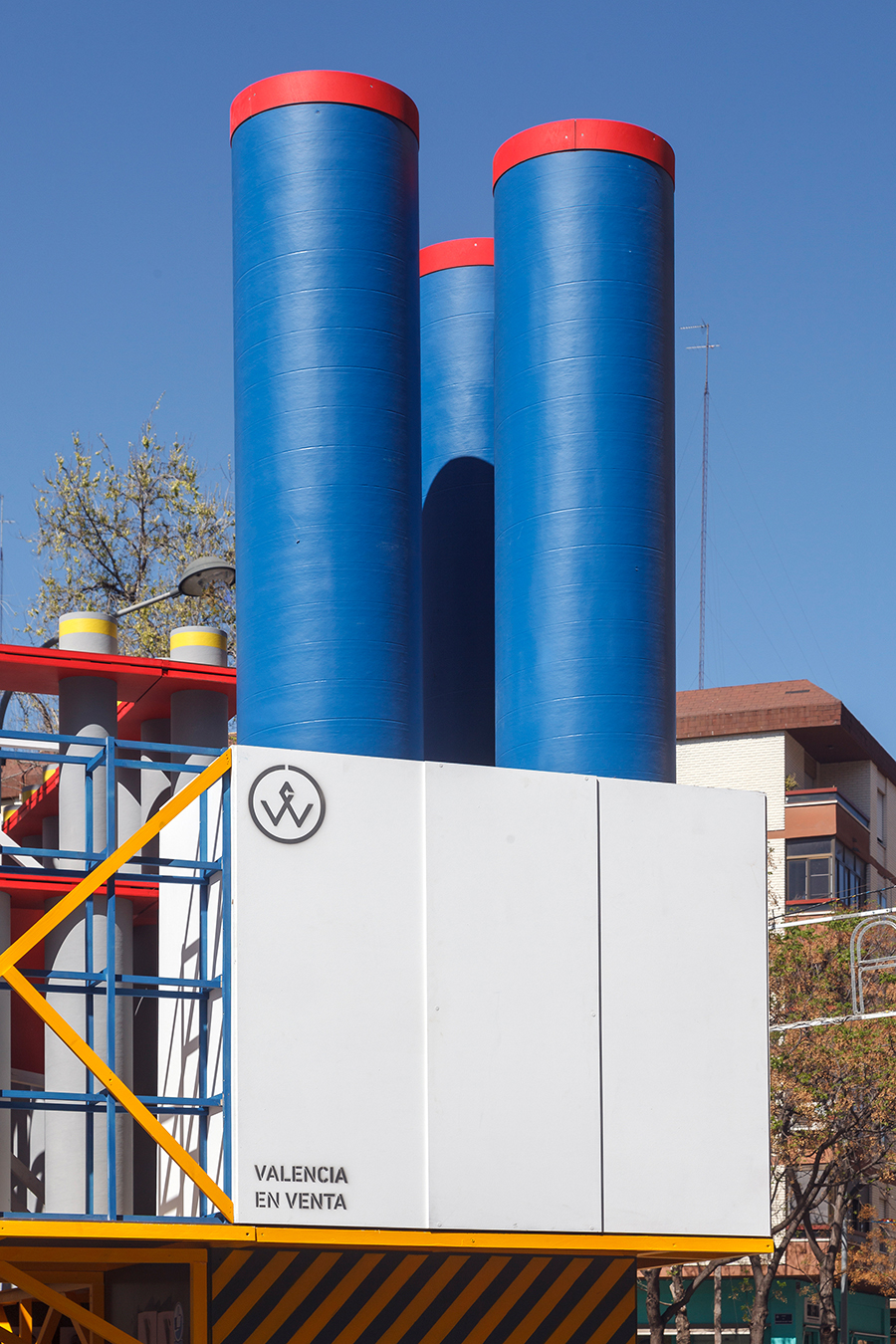 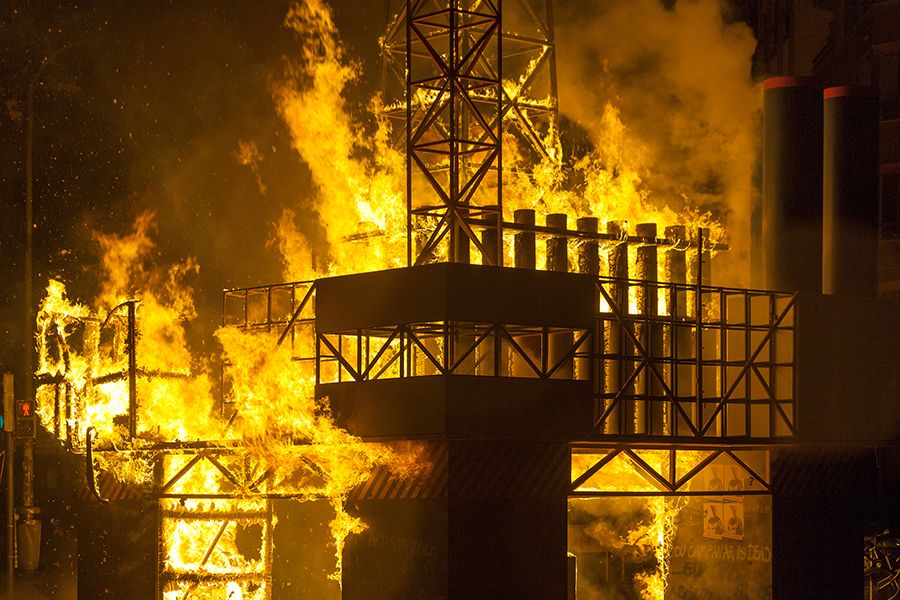 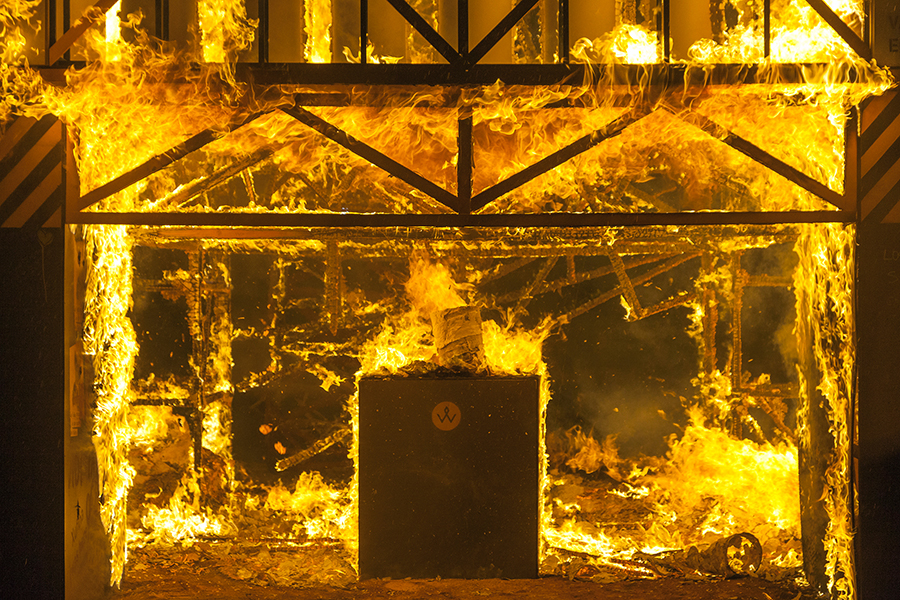 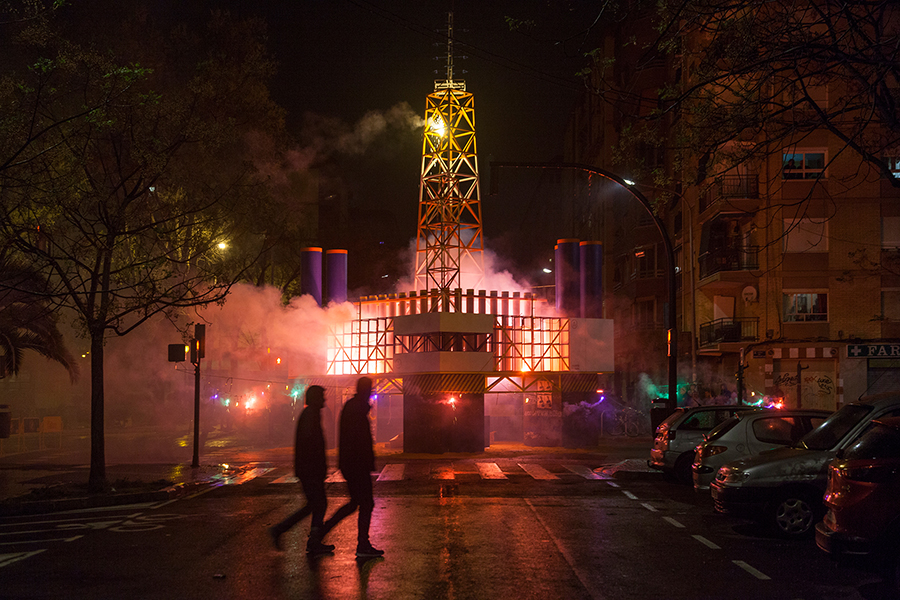 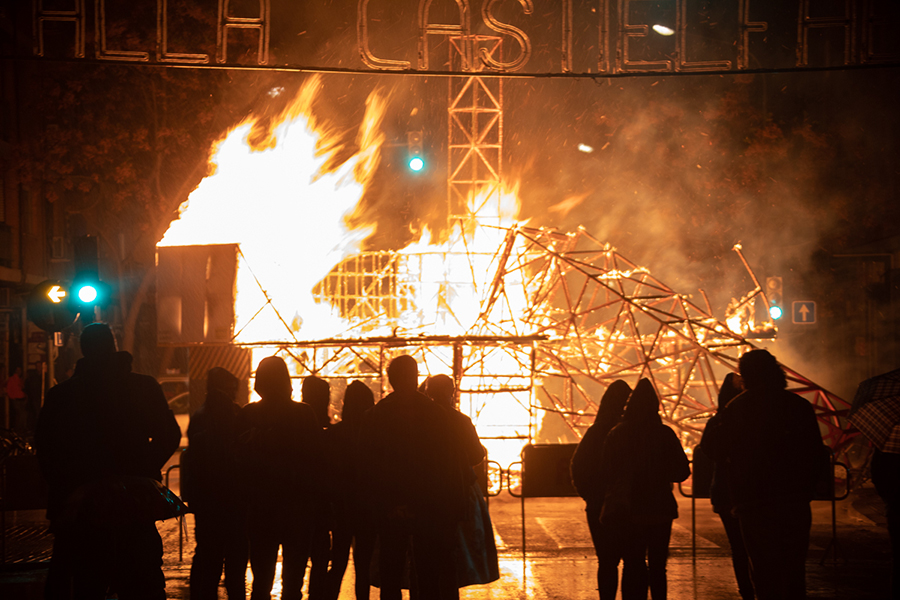 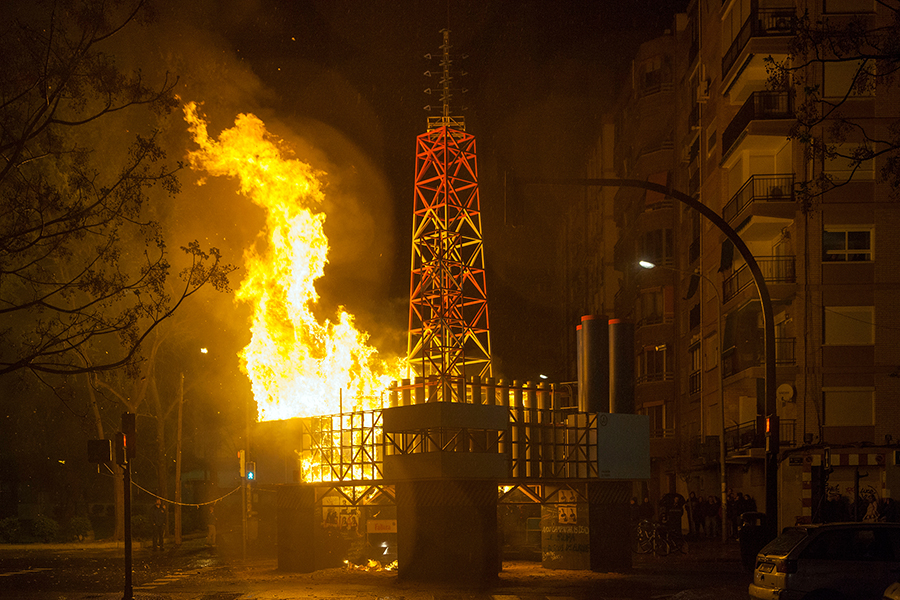 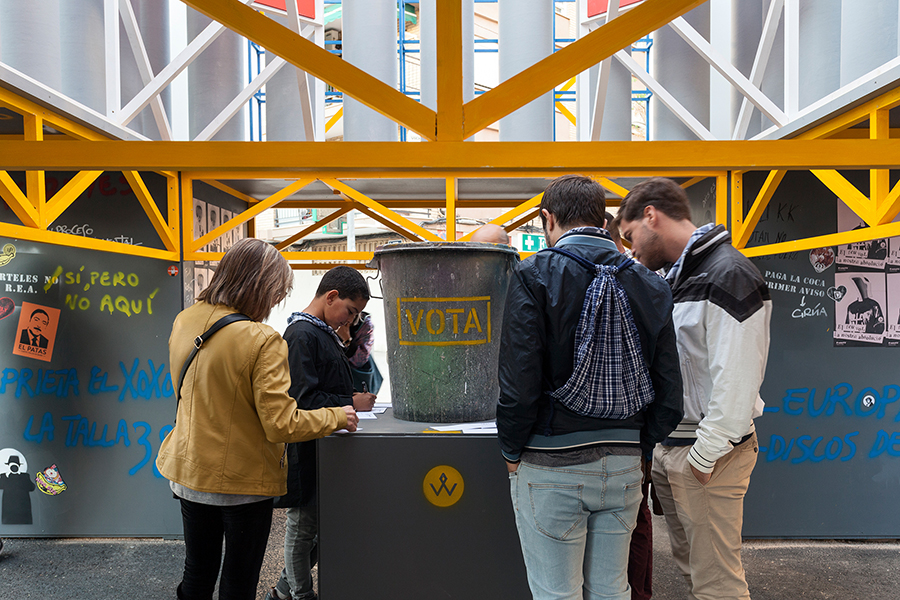 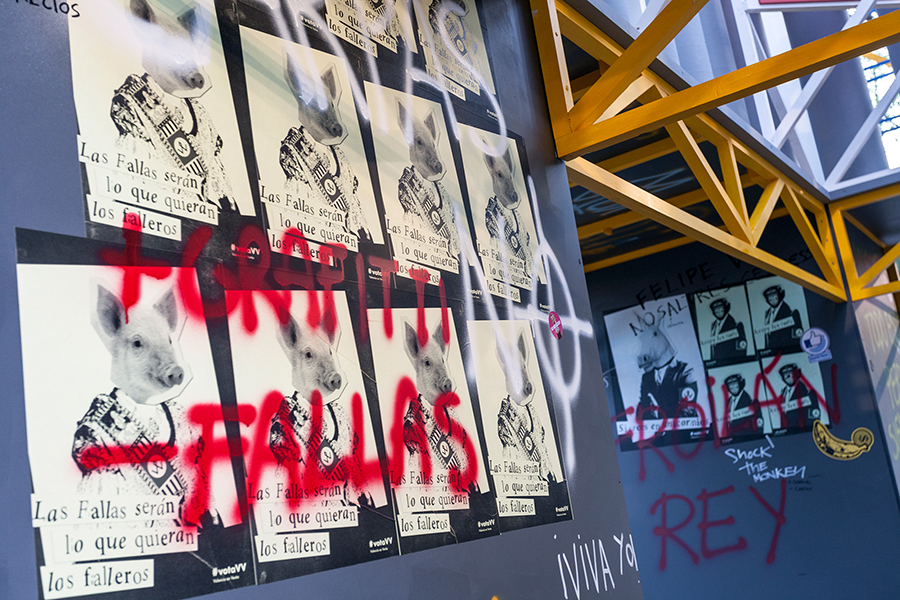 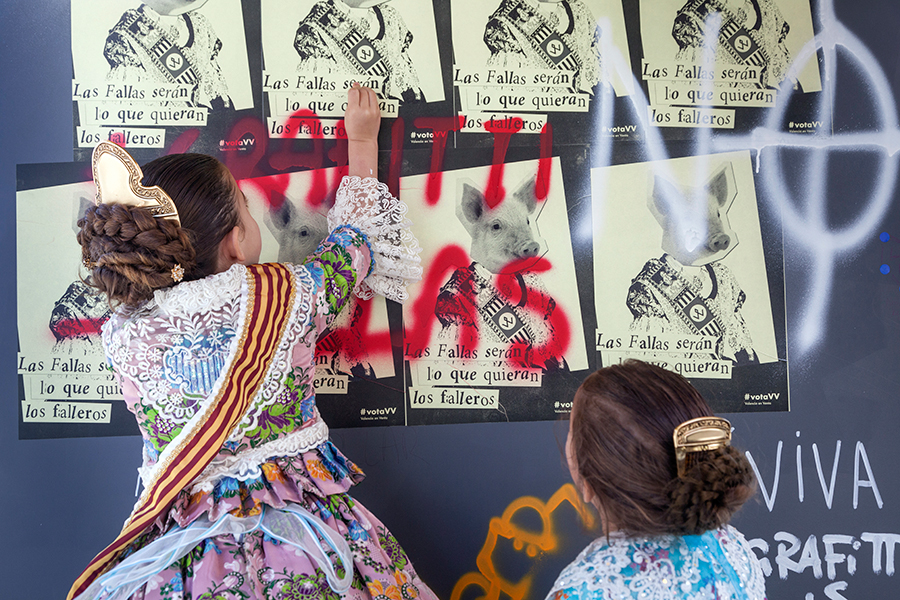 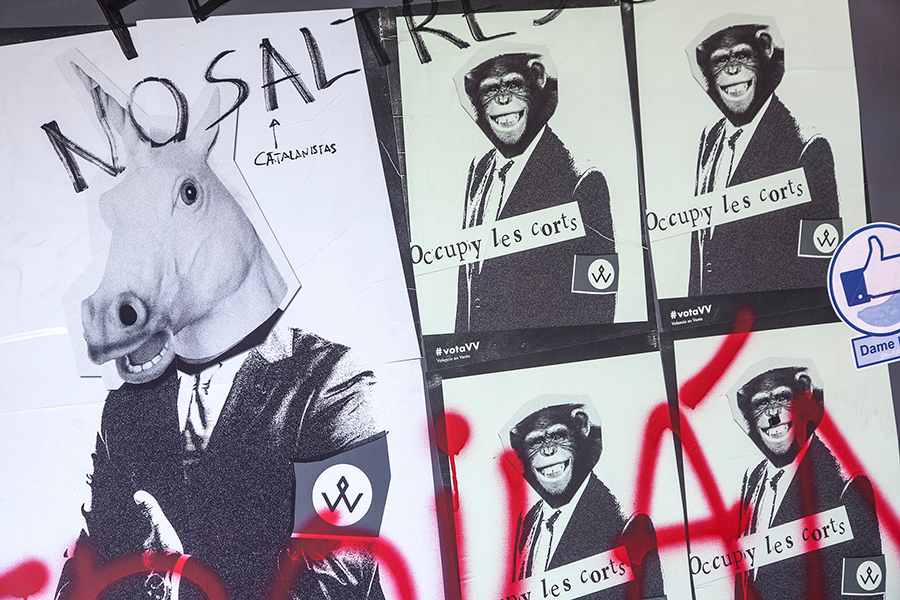 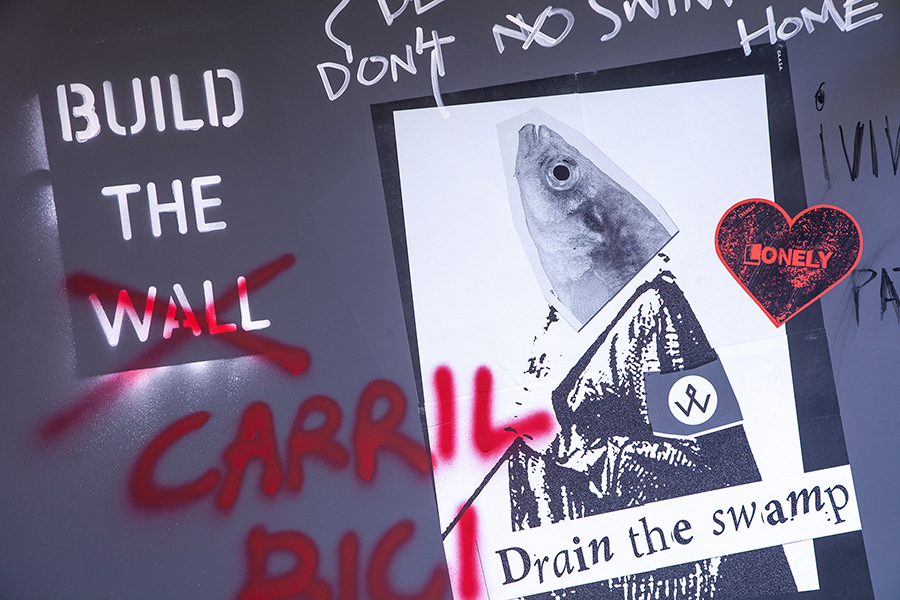 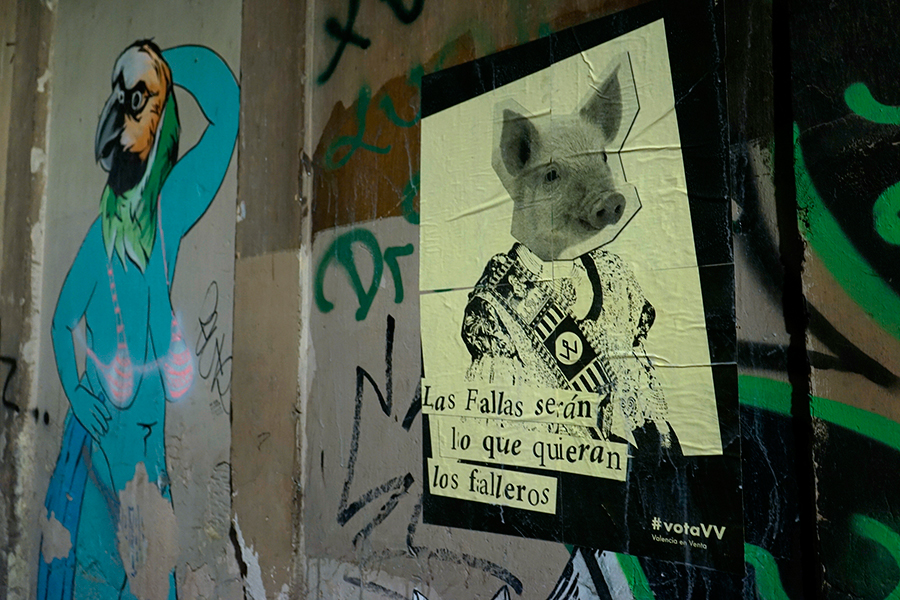 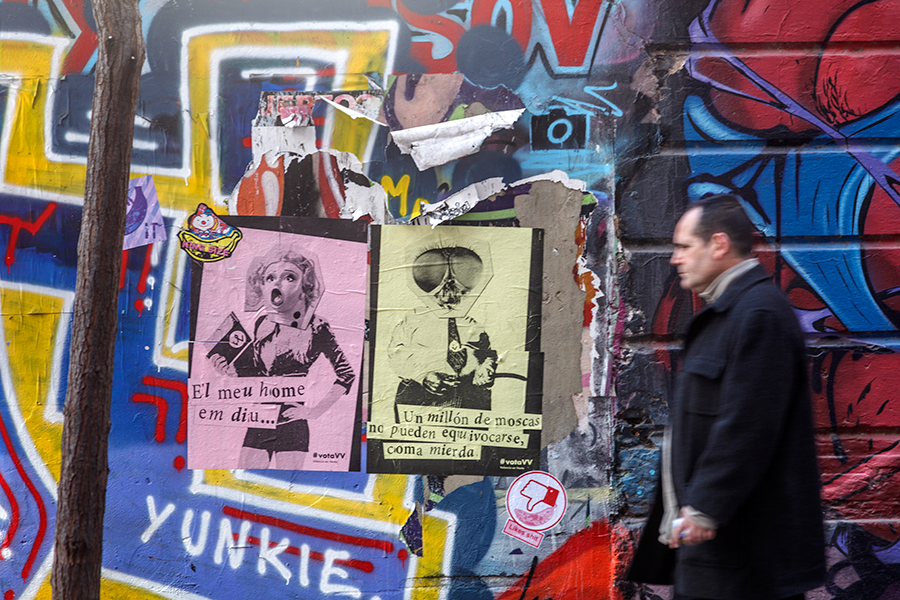 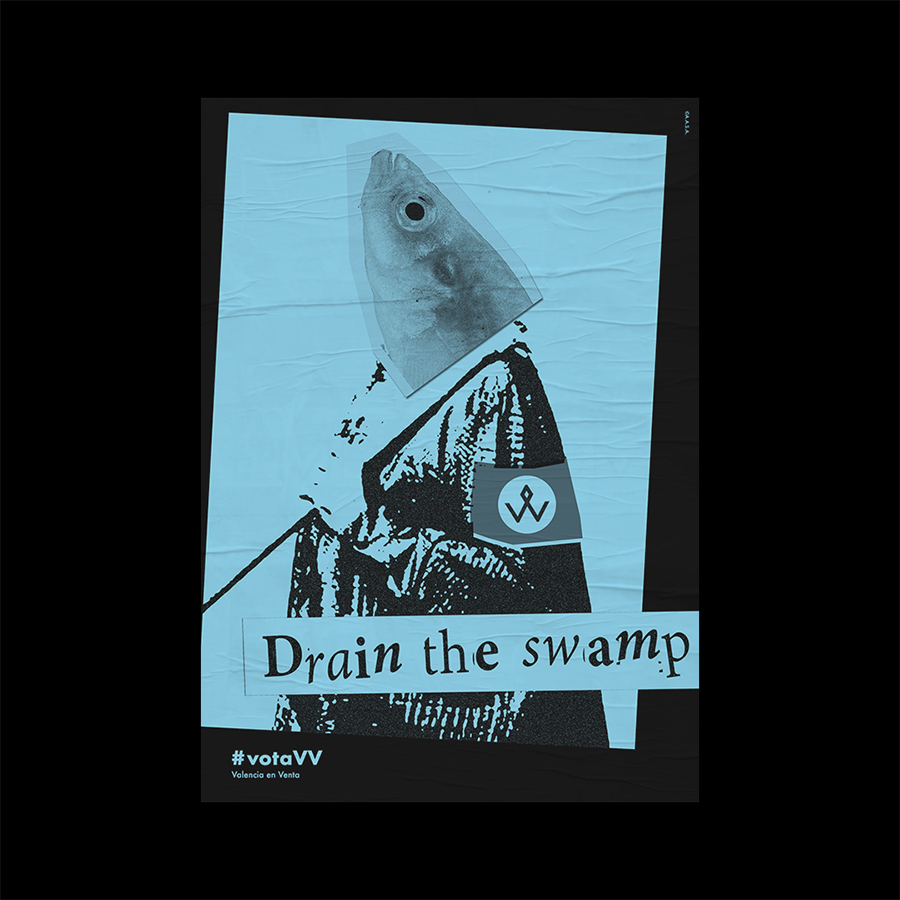 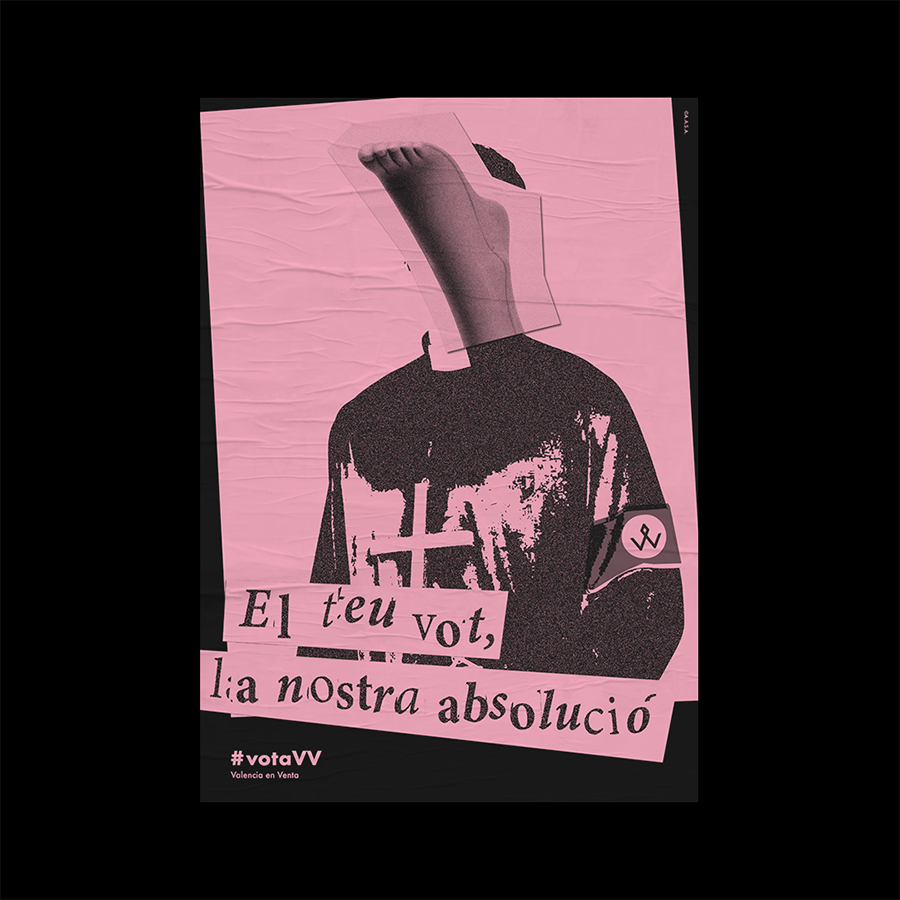 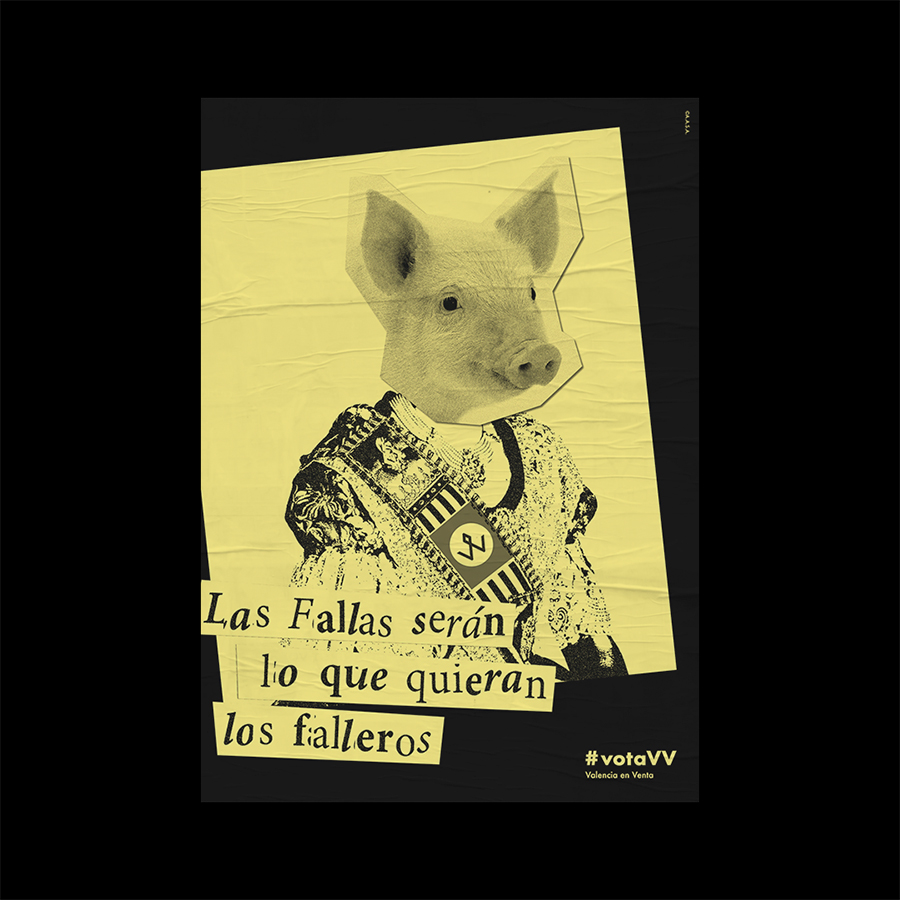 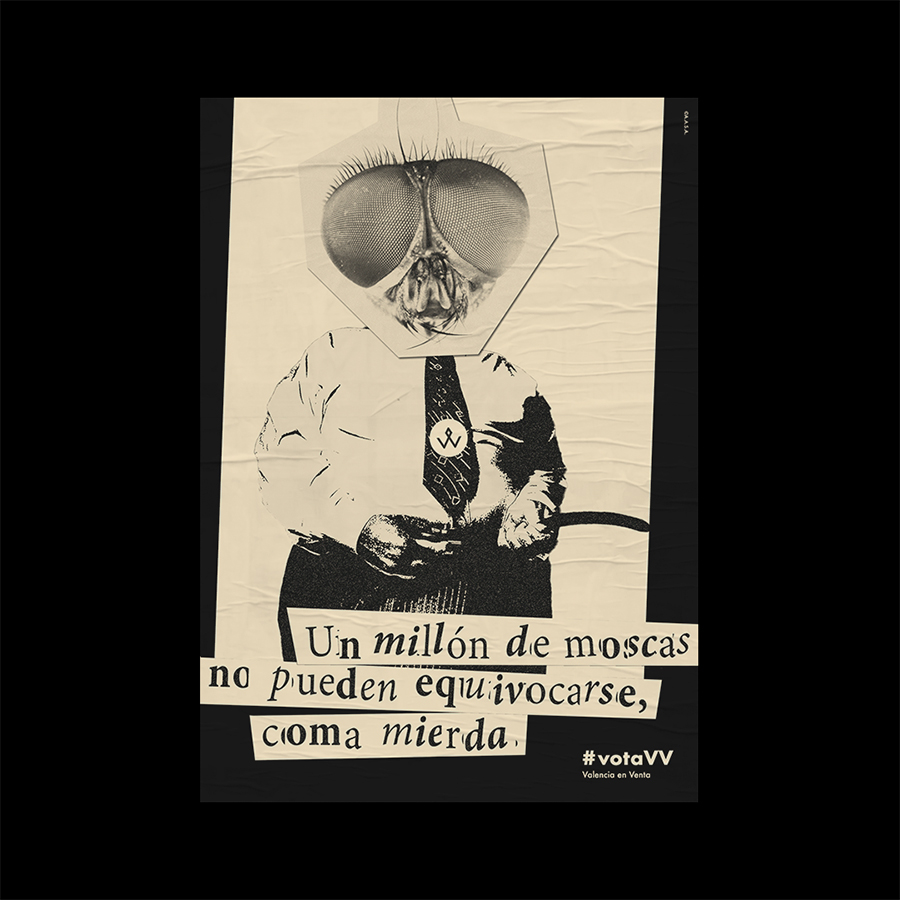 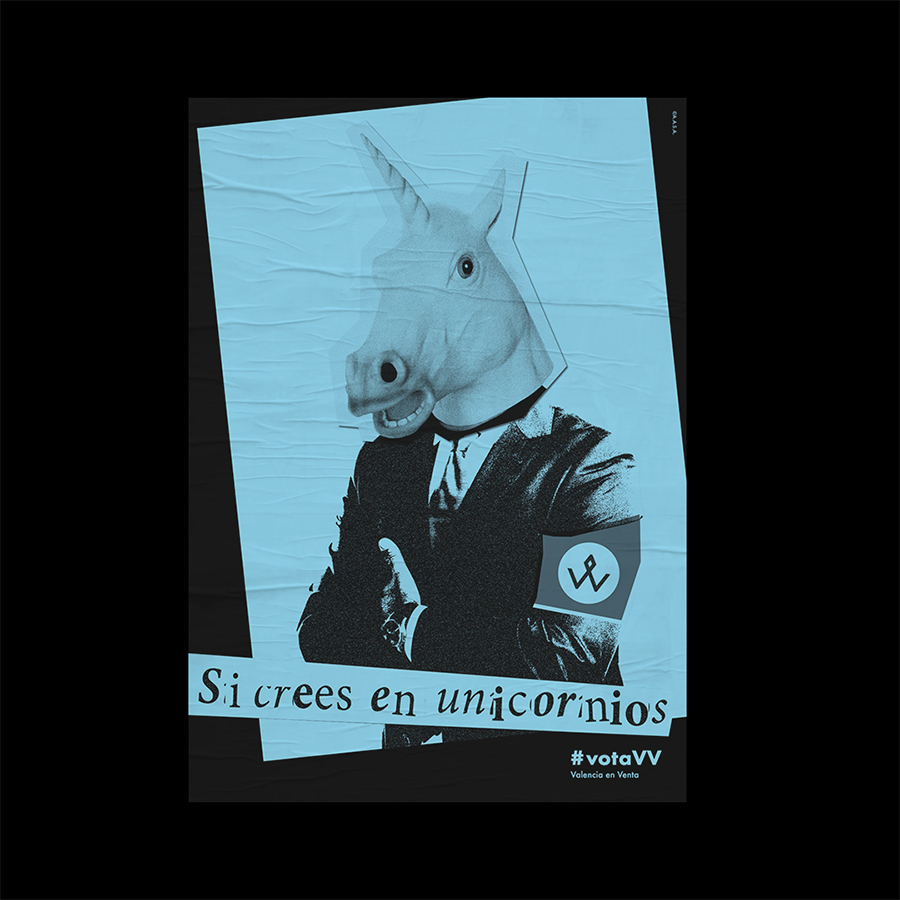 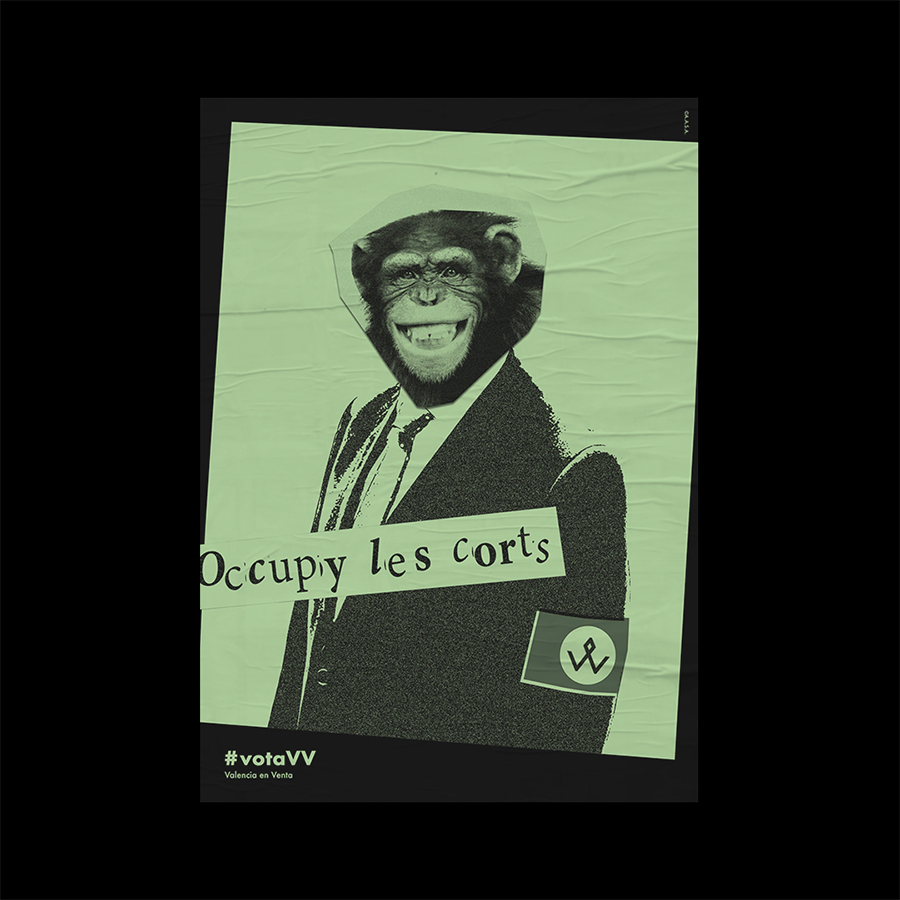 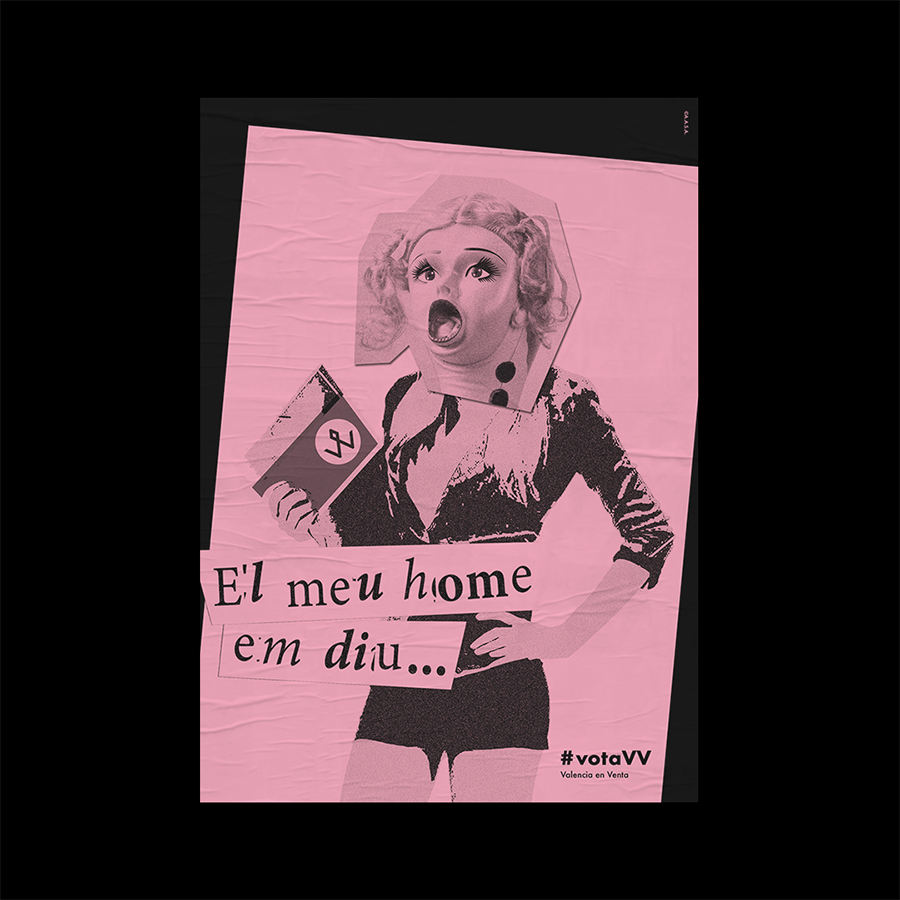 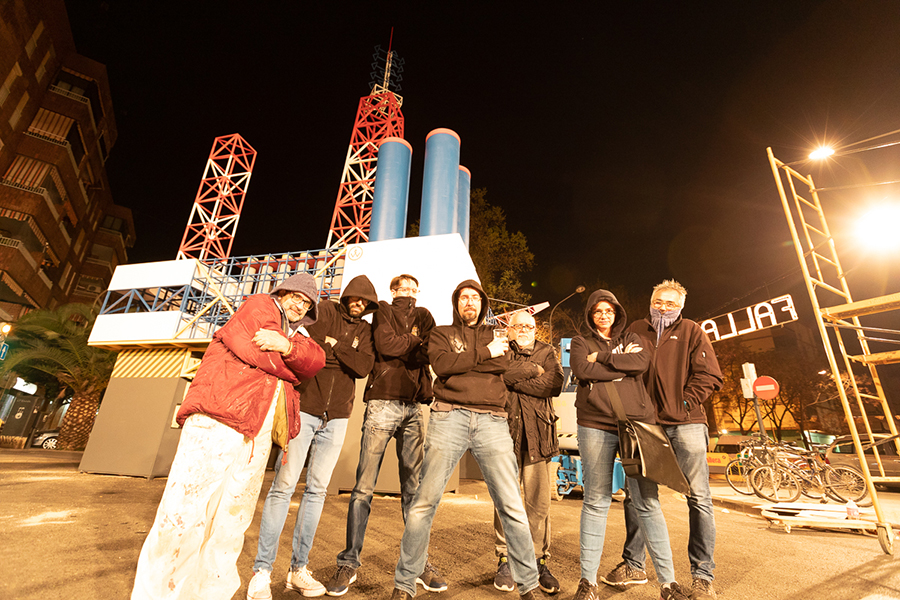 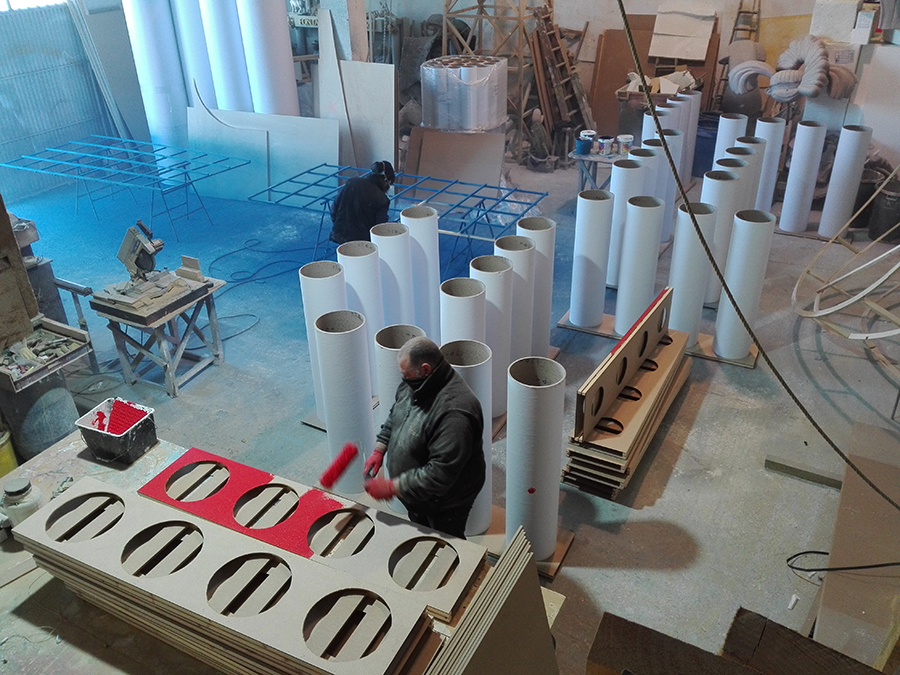 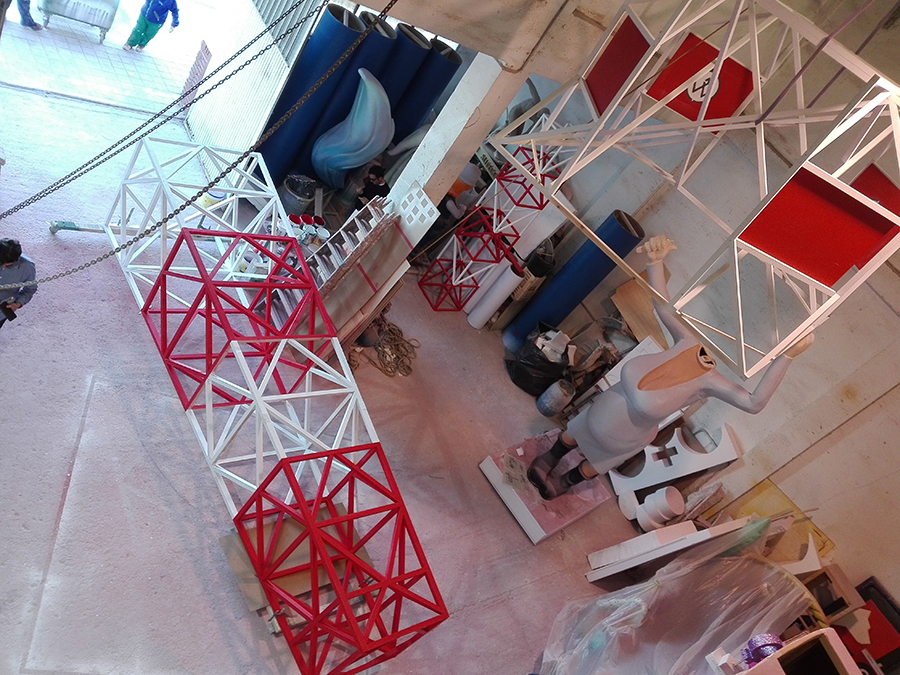